Despite the land ownership issues described in my previous post, I’ve been making progress on building. The first thing I did was put up pine trees around the offending prim, which helped hide it enough to motivate me to keep going! While I heard back from Linden Lab (who understandably can’t do anything), there’s been nothing at all from the group members I contacted. So the waiting continues.

So far I’ve completed the structure of my shop, added landscaping and lights, and created places for people to hang out and relax by the water. I also discovered tonight that the Fantasy Faire Radio stream is available year-round! I have no idea if this is old news, but after encountering so many broken “ambient” stations, I promptly made it my parcel’s audio stream.

The next week in RL is going to be busy, but I’m hoping to at least create one new coat during that time!

I'm Claire, and Lunistice is my little shop for horse & avatar textures!

I've been in Second Life since 2011, and decided to combine my love of art & animals into something creative in April 2018. As you can see here, my style leans more toward the fantasy realm :) 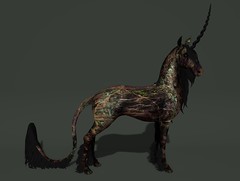 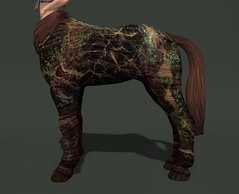 "In moments of crisis, only the imagination is more important than the knowledge" Albert Einstein

Bringing the beauty of our natural world into Second Life.

The Girl With A Horse

The thoughts of a Girl, with a Horse, on Second Life.

....about fantasy fashion, accessories, and all things fantastic in Second Life!

My SL fashion and travel blog